For Manchester Airport flight delays or cancellations, you could be entitled to compensation up to 600€ under EU law EC 261.

Enter your flight details and check how much you can claim

Are you one of the victims facing flight delays or cancellations, and don’t know how to go about it?

Here is all you need to know when your flight was delayed or cancelled. You may have the right to compensation or refund.

How much can you claim for Manchester Airport delays ?

Under EC Regulation 261/2004, air passengers are entitled to compensation or refund from the airlines, if the airline was responsible for …

If there’s delay at departure, you are eligible for “Right to Care”. The airlines must offer:

Plus, compensation of up to 600 Euros, if you reached your final destination later than three hours.

Flights cancelled at Manchester Airport without prior notice of at least 14 days, you can either apply for a refund, or you may ask for an alternate flight.

If your alternate flight delays for more than 2 hours, you could be eligible for compensation. You can claim compensation between 125€ and 600€ depending upon …

Am I eligible to claim compensation?

EC Regulation 261/2004 is European law, it applies to EU airspace. You do not have to be an EU citizen to claim delayed flight compensation.

Thus you are eligible for compensation under EC 261 Regulation.

Manchester Airport is an international airport located in England, and it was initially opened on 25th June, 1938. Earlier it was known as Ringway Airport.

Manchester Airport ranked as the 3rd busiest airport in the United Kingdom in terms of the number of passengers carried till 2018.

The IATA code of Manchester Airport is “MAN” and the ICAO code is “EGCC”.

It’s one of the focus cities for EasyJet, Jet2.com, Loganair, Ryanair, TUI Airways, AirTanker, and Virgin Atlantic flights, and is operating as a hub for Flybe airline. 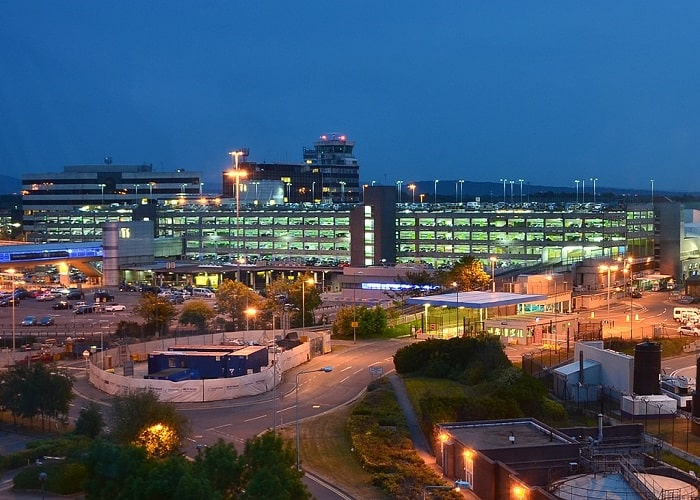 Terminal 1 and Terminal 2 both are connected by skylink, whereas Terminal 3 is linked to Terminal 1 via skylink.

Terminal 1 & Terminal 2: Both are used by scheduled and charter airlines which are flying to European and Worldwide destinations.

Terminal 1 is the largest terminal at Manchester Airport. It will be closed and demolished by around 2022.

PremiAir VIP Terminal: It offers business and leisure travellers alike the best travel experience. From lounges with amazing runway views to local cuisine made fresh to order. It has the best security offering and smooth transfers to your aircraft.

There are several check-in zones available across all the terminals. You may check the information boards to find out the check-in desks you need. The airport has many check-in facilities such as self-service, online and Express check-in.

One of the significant reasons behind delays at Manchester Airport is when the runways are covered in snow and ice.

There are many weather warnings announced at the airport during adverse weather conditions such as strong winds, fog and rain, which causes flight disruption.

In such circumstances when it’s not your fault, you should check your flight’s status and speak to the airline crew, or alternatively look for your rights.

Esenia Ulbrich is the founder of Claim Flights and heads the legal team. She hold a master of business administration and loves sailing in the Saronic Gulf, hiking in the alpes and spents time with her daughter.