If your Air Europa flight delays for more than 3 hours, or was cancelled without prior notice, you may be eligible for compensation up to 600€ based on EU 261 rule.

Enter your flight details and check how much you can claim

Delays and cancellation of flights can be caused due to natural calamity like bad weather, earthquake or due to the airlines turning blind eye to issues that can be easily kept in check. EU Law 261/2004 allows a passenger to claim compensation up to 600€ for flight delays and flight cancellations or denied boarding due to Air Europa’s fault which could have been easily avoided. For claiming reimbursement for the delay, one has to make sure that they satisfy the following conditions:

So, you need to contact the Air Europa airline for flight compensation or can email them yourself with the provided Claim Letter Template available on our Website.

What to do if Air Europa ignores your claim request?

In cases, where the airlines are turning a blind eye to all the passengers’ plea and complaints of reimbursement for the delayed or canceled flights, the passengers can contact us (Claim Flights) to claim for them. We have claim experts who are trained to help passengers in this kind of situations. The passengers only need to provide their flight details and all the claiming process will be looked by our team. To know how much you can claim, use our compensation calculator.

How much can you claim for Air Europa Flight delays?

The amount of compensation for Air Europa delayed flight is between 250€ to 600€. It depends upon the travel distance and the length of the delay.

If there’s a delay at departure, you are eligible for the “Right to Care.” The airlines must offer:

Was your flight delayed for more than 3 hours?

EC Regulation 261/2004 (dated 17 February 2005) applies to air passengers departing from any EU airport, or from a non-EU airport with an EU airline to an EU destination. Passengers must note that flight delay compensation is subject to certain conditions and exceptions.

If you are an air passenger travelled with Air Europa Airlines and your flight has been delayed or you have booked a flight ticket and your flight has been cancelled (without any prior notice) or for reasons which could be under control of respective authority then according to EC Regulation 261/2004, Air Europa Airlines flight passengers can claim compensation up to 600€ for flight delays. This takes into account the distance that you travel.

Between EU Airport And Non-EU Airport:

Am I Eligible To Claim Compensation?

EC Regulation 261/2004 is a European Union Regulation, it applies to EU and Non-EU airspace. You do not have to be an EU citizen to claim flight compensation.

Thus you are eligible to claim compensation for flights departed or which were scheduled to depart from an EU airport.

Air Europa is one of the largest airline in Spain with its headquarters at Majorca (Mallorca, Spain). The airline company, Air Europa, is been owned by Globalia the travel and tourism company and was founded in the year 1986. It is the first Spanish privately owned airline which started operating national schedule flights, which broke the monopoly of Iberia in Spain.

The airline’s first international flight was between London to NewYork in 1995 which opened a broader market and broader opportunity for the airline company. It is also known to start first scheduled services from Spain to China. “Air Europa” the airline company also happens to be one of the members of SkyTeam alliance. 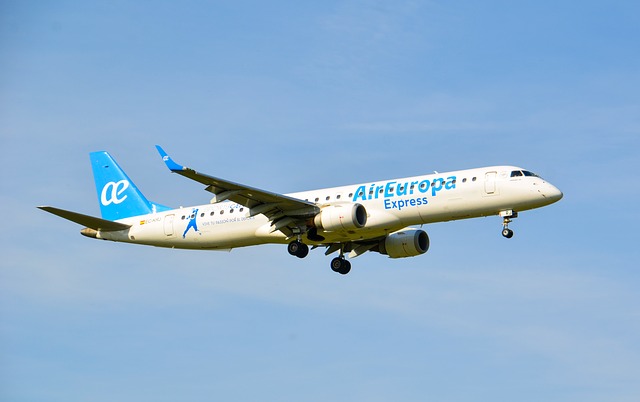 According to the latest data, Air Europa has more than 45 aircrafts under its belt with flights such as Airbus A330-200s, Airbus A330-300s, Boeing 737-800s, Embraer 195s, Embraer 145s and ATRs 72 – 200 and 72 – 500. These are the fleets which are been used by the airline to transport their passengers and connect them to different cities of the world. With Air Europa forming an alliance with the Skyteam they have been connected to 1052 destinations with more flight frequencies and connectivity.

The airline company is popularly known for its tourism services that it provides between Northern and Western Europe and to the resorts in Canary and Balearic Islands. The airlines also provide short and long hual services to various cities. The most famous destination within Europe that the airline serves to are:

The airline flies to these cities along with many more destinations in North and South America.

Since the airline is a member of the Skyteam, it has alliances with all the members of Skyteam and its loyalty programs will be applicable to all the airlines associated with Skyline. The airline has the codeshare agreement with other airlines which allows its passengers to board flights with other airlines but will be numbered as Air Europa’s flight. The airlines with whom the Air Europa has Codeshare Agreements are as follows: Aeroflot, Air France, Alitalia, Delta, KLM, Czech Airlines, SAUDIA, TAROM and Vietnam Airlines.

This association allows the passengers to have a single ticket to the destinations of their choice even if they are changing flights. Due to these associations, passengers enjoying their loyalty program have access to VIP lounges at the airport and many other services and comforts.

Dr. Mirko C. Ulbrich is founder and CEO at Claim Flights GmbH. He has made many Himalaya hiking trips, but has found a passion to grow roses and go hiking in the alpes.