If your Air China flight delays for more than 3 hours, or was cancelled without prior notice, you may be eligible for compensation up to 600€ based on EU 261 rule.

Enter your flight details and check how much you can claim:

From the information available through various flight tracking sites, it has come to notice that Air China flights have been known to be delayed, cancelled and diverted on many occasions. Most of the time they had been due to the weather conditions, but apart from that, there had been delays and cancellation which the airline could have averted.

So as a passenger if you had been travelling with the airline from Europe to any other locations or for that matter had been travelling to Europe from China or some other location and if your flight happened to be delayed or cancelled without any genuine reasons, then according to the EC 261/2004 a passenger can claim compensation up to 600€ when they are travelling for more than 1500 km and the delay is of more than 3 hours. This law is only applied

In such cases, you are allowed to contact the airline officials directly and ask them for compensation through helpline numbers or through emails or through the social networking sites.

How much can you claim forAir China Flight delays?

The amount of compensation for Air China delayed flight is between 250€ to 600€. It depends upon the travel distance and the length of the delay.

If there’s a delay at departure, you are eligible for the “Right to Care.” The airlines must offer:

Was your flight delayed for more than 3 hours?

An example of such situations includes bad weather or security concerns such as fear of a terror attack. In such situations, passengers will not be given any compensation.

Nevertheless, if there is a delay of more than 4 hours for a flight of 3500 km or more; delay of 3 hours or more in intra-community flight of 1500 km or more; and delay of 3 hours in case of flight under 1500 km, the passenger is entitled to claim compensation under EU norms as set by the Regulation. This entitlement is when the delay is not caused by extraordinary circumstances.

If you are an air passenger travelled with Air China and your flight has been delayed or your booked flight gets cancelled (without any prior notice) or for reasons which could have been easily solved then according to Regulation (EC) No. 261/2004, Air China flight passengers can claim up to 600€ as flight delay compensation. This takes into account the distance of your flight both within Europe and Outside Europe and the time of flight delay which should be more than 3 hours.

Between EU Airport And Non-EU Airport:

Am I Eligible to Claim Compensation?

EC Regulation 261/2004 is a European law, it applies to EU airspace. You do not have to be an EU citizen to claim flight compensation.

Table in right clearly specifies whether you are eligible for compensation for your Alitalia flight delay.

What if Air China doesn’t compensate you for the delay or cancellations?

In cases where the airline Air China doesn’t help the passenger with the compensation claim, then passengers can always contact us (Claim Flights) who specialize in getting compensation from the airlines for the flight delays and cancellations and if denied boarding due to overbooked flights.

We have a special team in place who have access to all the information regarding the flights of Air China which helps us strengthen our case against the airline.

To know how much compensation you can ask for, use our free flight compensation checker. To claim compensation, all you have to do is provide us with the basic details such as your flight number, date and seat number and rest of the work will be done by our members.

Formed in 1988, Air China operates both domestic and international flights and has its headquarters at Beijing. The airline was formed after the Govt. Of China decided to split the then aviation administration (CAAC) into 6 different airlines depending upon their region. Air China inherited all the codes that CAAC had operated with.

Shandong Airlines is headquartered at Shandong and operates mostly domestic flights along with few international ones. Air Macau is the national carrier of its country and its 57% stake is under Air China. Air Macau mostly operates flights domestically with few flights connecting to the mainland of China. Dalian Airlines is based at Liaoning, China and Air China owns 80% of their stake.

It usually operates both freight as well as schedule flight services for passengers. In Beijing Capital Airlines, Air China has just a few shares and is mostly operated by its parent company named Hainan Airlines. 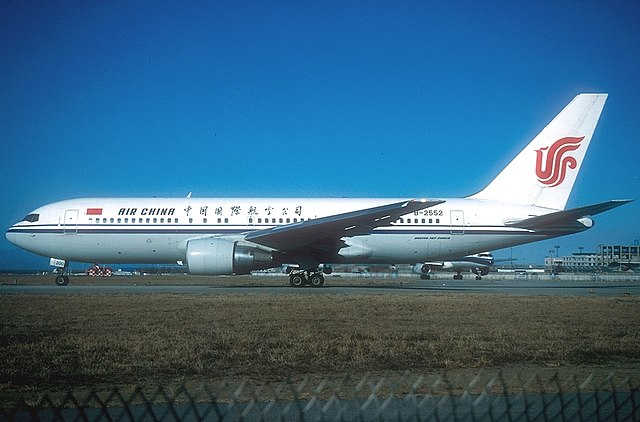 The average age of all these airlines is about 7 years approximately. Using these aircrafts the airline is connected to over 32 countries and regions with over 155 destinations. As Air China also happens to be the member of Star Alliance, it has access to over 1,200 destinations across 193 countries. The famous destinations to which Air China connects to within Europe are as follows: Athens, Barcelona, Budapest, Chita, Minsk, Paris, Frankfurt, Munich, Athens, Rome, Milan, Astana, Moscow, Madrid, Stockholm, Vienna, Geneva, and London.

The airline has the codeshare agreement with most of the A-listed airline group around the world which enables them to use their number on flights belonging to the other airlines, hence allowing its passengers to board and travel to their destinations using the same ticket. The agreement term is bidirectional and other airlines can also use number Air China’s flight as their own.

Air China works under the policies of four ‘C’s which include Choice, Comfort, Convenience and Creditability. Like many, another airline group Air China has Business Class, First Class, and Economy Class and depending upon the tickets booked the passengers have special allowance under the respective classes in which they have booked their tickets. The airline does provide in-flight entertainment services and also meals and refreshments.

For passengers who have been traveling a lot with the airlines, Air China has the frequent flyer program named “PhoenixMiles” which enables the passengers to collect points and can be redeemed on any of the airlines who are members of the Star Alliance. The airline also has a strong presence over the social networking sites enabling them to connect them with their passengers.

Air China has been given a 3-star rating out of 5 by Skytrax, a leading airline rating body. These ratings are based on customer services, in-flight services, seat comfort, value for money and food & beverages. The passengers are always encouraged to connect to the airline through social networking sites as well as through their board line numbers and email services.

Dr. Mirko C. Ulbrich is founder and CEO at Claim Flights GmbH. He has made many Himalaya hiking trips, but has found a passion to grow roses and go hiking in the alpes.